The Independent - Fhior, Edinburgh: A Restaurant That Shows You The True Power of Food

Fhior > Reviews > The Independent – Fhior, Edinburgh: A Restaurant That Shows You The True Power of Food

"There are places that you eat where you leave satiated and happy. There are others you leave grumbling and disappointed.

Every now and again you leave somewhere invigorated and incandescently joyous. Such is the power of food and a meal to dictate your mood.

Edinburgh’s Fhior firmly falls into the latter category. In fact, this might just be one of the country’s best restaurants.

Fhior is owned and operated by Scott Smith and his wife – formerly of Edinburgh’s much-lauded Leith-based Norn.

If you read any Edinburgh best restaurants list between the closure of Norn and the opening of Fhior, it’s likely to have lamented the closure of the former.

There seemed to be a palpable level of culinary grief in the city. Well, as if rising from the dead, here is Fhior. At the time, the restaurant was quoted as a more aspirational project than Norn; announcing the opening of the restaurant back in 2018, Smith wrote that the project would be “bigger, better and more ambitious”.

I was never lucky enough to try Norn, but I can only imagine Edinburgh locals were practically frothing at the mouth when their recently crowned best restaurant was quickly improved and expanded." 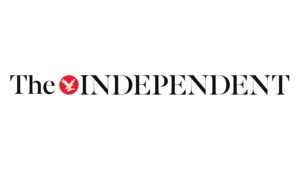